ST. LOUIS, Oct. 20, 2021 /PRNewswire/ — 24 of America’s best chess players gathered in Saint Louis, America’s Chess Capital, at the Saint Louis Chess Club for the 2021 U.S. & U.S. Women’s Chess Championships held from October 5 – October 19, 2021. Eighteen-year-old International Master Carissa Yip was crowned U.S. Women’s Champion with a round to spare, finishing with an incredible 8.5/11 score. Veteran Grandmaster Wesley So claimed the 2021 U.S. Chess Championship, his third national title after winning a three-way playoff against GM Fabiano Caruana and GM Sam Sevian with a final score of 6.5/11 (2.0/2 for the playoff). So managed to defeat both Caruana and Sevian in the rapid round-robin playoff, earning him the $50,000 first place prize and his third national title. 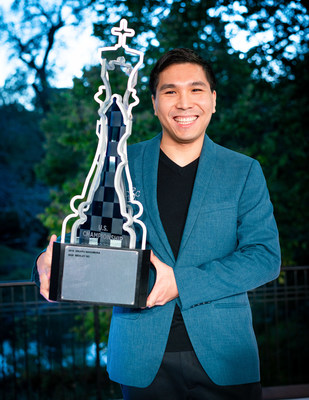 Having lost the first game to So, Caruana was in a must-win situation heading into the second round of the playoff against Sevian. After slowly building up the pressure, Caruana eventually found a winning tactical shot to decide the game. The third and final game of the playoff saw Wesley just needing a draw to clinch the title, while Sevian would need to win to force another three-way tie and take the playoffs to blitz. Sevian tried to put up resistance and keep the game complicated, but So remained calm and slowly converted his advantage, ultimately winning the playoff and his third U.S Chess Championship title.

«I would like to thank all of the chess supporters, especially Dr. Jeanne and Rex Sinquefield, for everything they do,» said GM Wesley So. «I wasn’t actually expecting to be in the playoff today, winning this tournament means so much to me as a professional chess player and I’m excited to celebrate.»

On the final day of the 2021 U.S. Women’s Championship, tournament champion IM Carissa Yip drew her last round game after surviving a lost position against WGM Katerina Nemcova, ending with a final score of 8.5/11. GM Irina Krush and WGM Begim Tokhirjonova entered the round tied for second with 6.5/10, but only Tokhirjonova was able to score, drawing her game against WGM Thalia Cervantes. Meanwhile, Krush ended up blundering and losing to WGM Tatev Abrahamyan to finish with a third place win.

IM Carissa Yip ultimately beat four former U.S. Women’s Champions in this event, including Irina Krush, Anna Zatonskih, Nazi Paikidze and Sabina Foisor. This is an accomplishment that has never been done before in the Women’s field. «I had no idea that was the case,» said a smiling Carissa Yip, in her post-game interview. «It was a very pleasant surprise to find out I not only won first place but I was the first woman to beat four former U.S. Women champions. I want to thank my family and friends for their support. This was an amazing win for me.» Yip not only won the first place trophy but took home the $25,000 first-place prize as well.

For more information on the 2021 U.S. Championships or upcoming championship events, visit www.uschesschamps.com.

Recognizing the cognitive and behavioral benefits of chess, the Saint Louis Chess Club is committed to supporting those chess programs that already exist in area schools while encouraging the development of new in-school and after-school programs. For more information, visit www.saintlouischessclub.org. 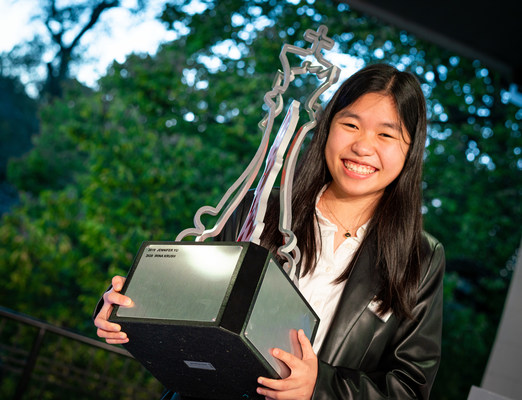