In the midst of the COVID-19 pandemic, a documentary about Du Fu, a great Chinese poet, has caught the attention of many. It was produced by a British director named Michael Wood. 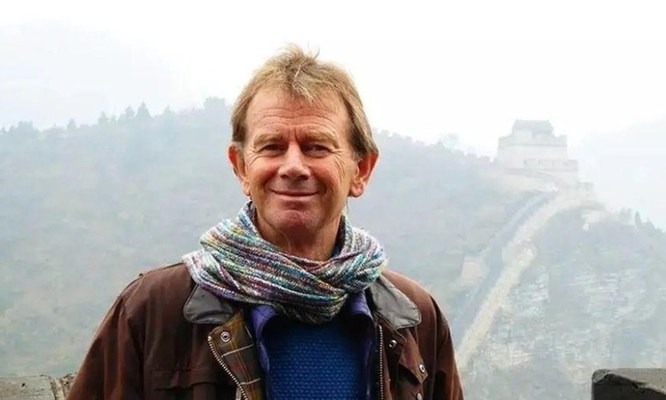 To portray the life of the Sage of Poetry in a one-hour documentary and make sure foreign audience could get the culture and spirit of the East may seem to be «mission impossible». But Michael Wood did it.

Michael Wood fell in love with Chinese culture in college.

When he first set foot in this mysterious and charming country in the East in 1984, he made up his mind to let the world know about her stories.

Wood’s documentaries about China have created waves of «China fever» in many countries.

More noteworthy is that his works, such as The Story of China, The Story of China’s Reform and Opening Up, and Du Fu: China’s Greatest Poet, have not only touched many in the West, but also been accepted and appreciated by Chinese audience.

In Wood’s view, there are already plenty of works about China’s rapid economic growth, but many in the West want to know more about its history and something deeper. He wants his documentaries to reach the viewers’ hearts.

In 2007, the success of The Story of India inspired Wood to make a documentary featuring China’s history.

At the time, the 2008 Beijing Olympic Games had thrust China onto the global stage.

As the world turned its attention to the country, some ill-intentioned started to distort stories of China.

Wood thought it was time to make The Story of China. Wood and his team made 12 trips to China, visiting places across the vast country. It took them three years to finish shooting.

To make it as objective and truthful as possible, Wood reached out to many Chinese people who were kind and warmhearted.

Wood recalled that in Shexian County in Anhui Province, there is this September Huizhou Inn which was his favorite place.

Its hospitable owner took them around to see the beautiful scenery, including a lucid brook nearby.

Wood said if he were to make another film on China, he would revisit those who had helped him with shooting and recording. Dedication makes good work.

The Story of China made him famous. It was aired during prime time on BBC and attracted twice as many viewers as other shows.

When walking on the streets or travelling by train, Wood would be recognized by people who would come up to him and tell him how much they liked The Story of China.

Greatly encouraged, Wood set off to produce another documentary, The Story of China’s Reform and Opening Up. Again, he poured his heart into it.

In the short span of a summer, he carried his camera and travelled across the United Kingdom, the United States, and around 10 Chinese provinces and cities including Guangdong, Jilin, Beijing, and Shanghai.

It was exhausting. Wood was so tired that on the high-speed train from Xiaogang Village to Hangzhou he fell asleep sitting on the floor.

One time, he visited the assembly line of the Fuxing high-speed trains and spoke to one of the engineers.

«That’s incredible,» said Wood. «25,000 km of the high-speed network! Looking at the future, the network is still expanding. How do you see the future?»

The engineer answered, «By 2025 the network will have 38,000 km of track in China. And we are getting ready to go abroad any time!»

Film-making is a process of learning. Looking into the camera, Wood raised a question: «China became a global economic force. But what actually happened 40 years ago? And How did China do it?»

When the film was finished, he found the answer.

Those who have devoted themselves to China’s reform and opening-up did that not only to build a better life for themselves, but also for their family, their children, and future generations.

Wood commented in his documentary that this is the will of the Chinese people.

Many in the West see China’s economic growth and the rise of a major country but know little about the tribulations China went through in modern times, still less China’s history and culture.

Wood’s latest work in 2020——Du Fu: China’s Greatest Poet—–probed into the core of Chinese culture——the spirit. In this documentary, Wood referred to Du Fu as the «greatest» because, to the Chinese people, he was not only a poet but also a guardian of the country’s conscience.

To Wood, great poems transcend culture and language and focus on eternal humanity. Du Fu’s poems are great as they convey the shared experience and spirit of humankind.

That includes love, friendship, family, children, happiness, loss, and the much-needed solidarity and empathy in the fight against the virus.

Aired during the pandemic, the documentary brought relief to the global audience grappling with COVID-19.

For the audience, the story of the ancient Chinese poet evoked humanity that is shared by all.

This is also what Wood aspired to.

He noted that there are too many walls in today’s world, if he could, through his documentaries, help bring out more understanding and empathy among the audience, that would be great.

In the views of Joris Ivens, a master in documentary, a creator should faithfully present «people» as well as his true feelings.

Wood’s documentaries are full of his love for the Chinese culture, and he managed to pass on that to his audiences with different cultures experiences.

This might teach us something: understanding of a culture doesn’t necessarily need to be done through grand narratives, and feelings are not always conjured by dramatic stories.

The beauty of humanity is what is appreciated by all.