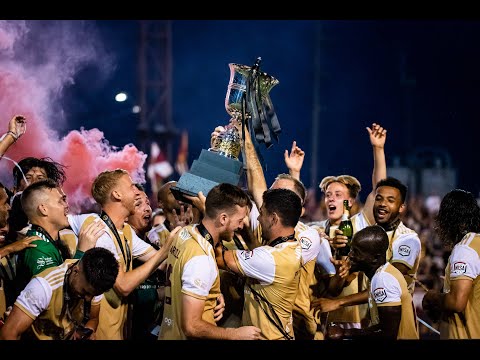 DETROIT, Nov. 9, 2021 /PRNewswire/ — Detroit City FC will join the USL Championship for the 2022 season. The move enables more people to see and experience the DCFC’s distinct fan culture, ensures the club’s long-term stability, and gives the team a chance to prove itself against top competition in an established professional league.

The USL Championship is the second division of men’s pro soccer in the United States, with 31 teams across the country competing in the 2021 regular season. All games are streamed live on ESPN+, with 17 matches airing across ESPN linear channels during the 2021 campaign. This year’s USL Championship Final will air live on Sunday, November 29 at 8:30 p.m. EST on ESPN, ESPN Deportes and SiriusXM FC (Ch. 157). The United Soccer League is the largest professional soccer organization in the United States and the only one to create youth-to-professional pathways for both men and women.

«It’s clear that the time is right for Detroit City FC to move forward by joining the USL Championship,» said Detroit City FC Co-Owner and Chief Executive Officer Sean Mann. «This puts us on track to accomplish many of our shared objectives such as fielding a professional women’s side, enhancing our academy program, upgrading our facilities, and expanding our reach. Since 2012, our vision for Detroit City FC has been to become Detroit’s soccer club for all time. We strive to be the most inclusive, community-focused, and supporter-driven club in the USA.»

The club will continue to play home games at Keyworth Stadium in Hamtramck, MI., where DCFC has averaged more than 4,000 fans per game in 2021 and where 7,241 attended the 2020-21 NISA Championship match on July 3. The move to USL Championship will include stadium upgrades and additional staff to better serve players, fans, broadcasters, and media.

«The momentum behind Detroit City FC is remarkable and a credit to every person who has played a role in the club’s rise,» said USL President Jake Edwards. «It’s hard to find a better example of bringing a community together through soccer. We welcome the DCFC community and its famed supporters into the USL family, and we look forward to seeing this next phase of the club’s evolution.»

During the COVID-related shutdowns and related financial losses of 2020, DCFC opened a public offering of 10% of club equity with units available starting at $125. In a matter of days, 2,700 individuals from around the globe invested $1.4 million, including music icon and Michigan native Iggy Pop.

«The investment campaign was an inspiring solution to the challenges facing our 10th year as a club. When we needed our supporters most, they were there for us,» said DCFC co-owner and COO Todd Kropp. «Moving to the USL Championship honors that commitment and makes us more accessible and impactful. Most importantly, it strengthens our ability to deliver on our conviction that everyone deserves a soccer club that they will never grow out of.»

Since joining the National Independent Soccer Association in 2020, and under the leadership of Head Coach and General Manager Trevor James, Detroit City has posted a 18-3-4 record, winning the last two league titles.