TOKYO, Oct. 19, 2021 /PRNewswire/ — Next Meats Co. Ltd, a Tokyo-based food-tech venture known for developing the world’s first plant-based barbecue meats, the «Next Yakiniku» series, just announced the launch of their newest version of the Short-Rib style product: the Next Yakiniku Short-Rib 2.0. 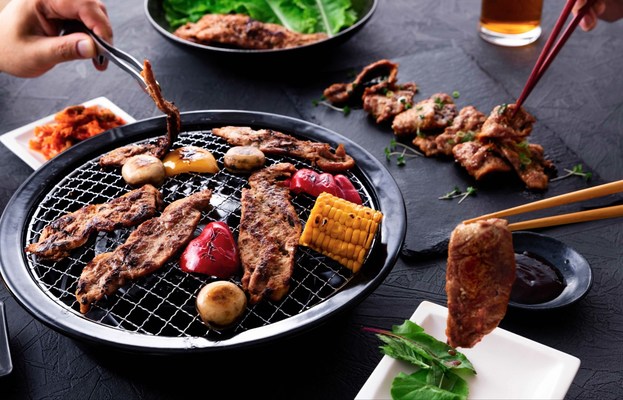 The Next Yakiniku series include the Short-rib and the Skirt-Steak types, and has garnered passionate fans and strong media interest in Japan since it became available last year in Yakiniku Like, a popular barbecue franchise with stores all across Japan. Before then, plant-based meats were not widely available in restaurants, and it was certainly the first time it was offered in a barbecue store which specializes in serving meat. Since then, the Next Yakiniku has been sold in supermarkets nationwide and used in a wide range of restaurants, and has been made available in other countries such as Singapore, Hong Kong, and Taiwan. This update is the first since the product made its debut last year.

As for the changes, the renewed Short-Rib 2.0 has a more firm texture, and the shape has been flattened and enlarged so it resembles a sliced beef cut even more. Furthermore, it contains 5% more protein content than before and the sauce is more flavorful, giving it an even closer experience to the flavors of a real Japanese barbecue.

The Next Yakiniku Short Rib 2.0 will first be available for purchase in Japan through the company’s E-Commerce Site, then in retailers and restaurants and eventually overseas. Next Meats plans to continue the sales of the older Short Rib 1.1 as well.

Ryo Shirai, (Co-founder of Next Meats Co. and CEO of Next Meats Holdings (OTC Pink: NXMH)) mentioned in the press conference that he is excited to finally reveal the efforts of a years’ worth of research and hopes the updated Next Yakiniku Short Rib 2.0 can inspire more people to try Next Meats products and other plant-based foods.

Next Meats is a food-tech venture company based in Tokyo. Its journey of product development began in 2017, and the company was officially established in June of 2020. In December 2020 they announced their partnership with Toyota-Tsusho Corporation and was listed on the American OTCBB in January of 2021. Next Meats is researching various types of alternative proteins and is currently active in over 9 countries and is constructing their own factory in Niigata, Japan.