SAN DIEGO, Calif., Oct. 20, 2021 /PRNewswire/ — In celebration of Wonder Woman’s incredible impact on popular culture over her 80 years, the Comic-Con Museum is proud to feature the 2021 induction of Wonder Woman into the Comic-Con Museum Character Hall of Fame.  The virtual event will go live HERE on Thursday, October 21, 2021, at 4:00pm Pacific Time. 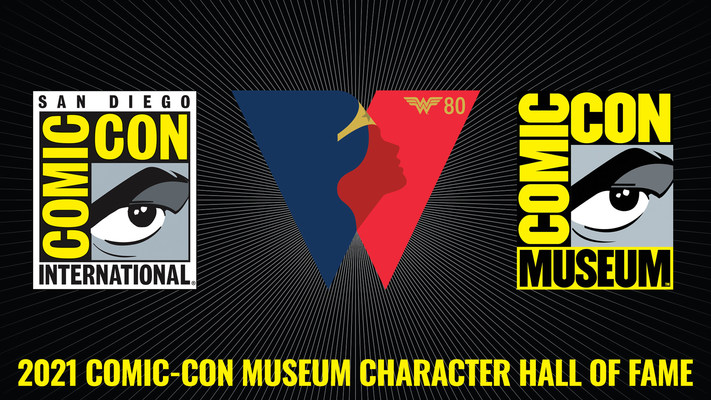 «The virtual event will be chock-full of all the things that make Wonder Woman the fan-favorite icon she is,» commented David Glanzer, spokesperson for San Diego Comic Convention, the parent organization of the Comic-Con Museum. «The induction is also a celebration featuring some very special guests, a look at her history, and some wonderfully emotional remembrances.»

Wonder Woman joins past inductees, the caped crusader of justice Batman, and the beloved ghost-gobbling icon PAC-MAN. Wonder Woman is one of the most enduring feminist icons in fiction, who has paved the way for countless others that have followed in her Amazonian footsteps.

We are both happy and proud to recognize this iconic character and invite the world to join in the celebration of the induction by visiting the link HERE which will go live on Thursday, October 21, 2021, at 4:00pm PDT.

The Comic-Con Museum Character Hall of Fame recognizes the value and influence of iconic characters who have made contributions of significant impact on comics and related popular art.

SAN DIEGO COMIC CONVENTION (SDCC) is a California Nonprofit Public Benefit Corporation organized for charitable purposes and dedicated to creating the general public’s awareness of and appreciation for comics and related popular art forms, including participation in and support of public presentations, conventions, exhibits, museums and other public outreach activities which celebrate the historic and ongoing contribution of comics to art and culture. In addition to its San Diego convention each summer Comic-Con (the premier comics convention of its kind in the world), SDCC organizes the Anaheim-based WonderCon each spring, the SAM (Storytelling Across Media) symposium in the fall and Comic-Con Special Edition this November. SDCC is the parent organization of the Comic-Con Museum in San Diego’s Balboa Park. On the web: Comic-Con.org, Facebook.com/comiccon, and follow us on Twitter (@Comic_Con) and on Instagram (@comic_con)