LAKELAND, Fla., Sept. 30, 2021 /PRNewswire/ — For the second year in a row, Florida Trend magazine’s Florida 500 list features Dr. Anne B. Kerr, president of Florida Southern College (FSC), as one of Florida’s most influential leaders and executives. The Florida 500 feature list offers «a personal, engaging look at the state’s most influential business leaders.» 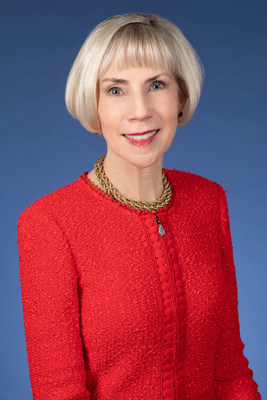 «I am honored to be included among Florida Trend’s Florida 500 feature of our state’s influential executives,» said Dr. Anne B. Kerr, president of FSC. «With a world-class faculty, talented students, dedicated staff, and a dynamic, engaged-learning academic program, Florida Southern prepares our extraordinary students to make a consequential impact in shaping a better world for us all.»

Dr. Kerr has led the College to new heights with her innovative vision for the school and her committed leadership. Florida Southern has blossomed under her determined guidance, establishing the school’s place on the national stage. Year after year over the past decade, FSC has been celebrated and ranked ever higher by a multitude of prestigious national and worldwide college rankings guides. U.S. News & World Report praised FSC as a Best College 2021-2022, highlighting the College’s place among the «Best Regional Universities in the South» (no. 8), institutions fostering «Best Undergraduate Teaching» (no. 8), the «Most Innovative» universities (no. 10), as well as among the «Best Undergraduate Business Programs» and the «Best Undergraduate Nursing Programs» in the nation. The Princeton Review named FSC as one of the Best 387 Colleges in the nation for 2021-2022, and a plethora of other renowned academic rankings guides continue to underscore FSC’s engaged and experiential campus learning environment, including Colleges of Distinction, Poets&Quants, Forbes, the Wall Street Journal, the «Fiske Guide to Colleges,» and others.

The College’s ongoing accolades have been accompanied by the institution’s unparalleled growth. The College’s student body has increased from 2,500 total students in 2005 to 3,200 total students in 2020, with 2021 featuring FSC’s largest ever incoming class of over 800 new students. Dr. Kerr has guided academic expansion across FSC’s arts, sciences, education, business, and nursing programs with 19 new undergraduate majors introduced during her tenure alongside new graduate degrees and programs such as master’s degrees in accounting, education, and nursing in addition to new doctoral programs in education, physical therapy, and nursing practice. Florida Southern College is also named as a top nationwide producer of Fulbright students.

Dr. Kerr has cared for FSC’s Frank Lloyd Wright architectural heritage while driving new expansions across the campus with over 22 new buildings and creative learning spaces such as the Joe K. and Alberta Blanton Nursing Building, the Bill and Mary Ann Becker Business Building, the Carol Jenkins Barnett Center for Early Childhood Learning and Health, the newly opened Carole and Marcus Weinstein Computer Sciences Center, and the Roberts Academy, which serves as Florida’s only transitional school for children with dyslexia.

Dr. Kerr has also expanded the school’s economic impact in the state. Florida Southern’s economic impact to the Florida economy has risen to more than $388 million in gross domestic product, over $237 million in labor income, and more than $612 billion in overall sales, all while providing over 4,500 jobs. Florida Southern is rising to meet the state and nationwide need for innovative and experienced nurses and nurse practitioners, entrepreneurs, and creative and critical scientific and artistic thinkers by educating talented students to make a positive and consequential impact on our world.

«On behalf of Florida Southern College’s Board of Trustees, I want to express our sincere gratitude and high praise of Dr. Kerr’s tremendous accomplishments across so many different fronts at the College,» said Mr. Robert L. Fryer, Jr. ’70, chairman of FSC’s Board of Trustees. «Dr. Kerr has demonstrated an unflagging dedication to FSC’s success with an expansive vision for propelling the College to ever increasing heights in its institutional prestige and standing. She has led Florida Southern to become a flagship institution for engaged education grounded in innovation, individualism, excellence, and experimentation that empowers our students to contribute to our society beneficially in concrete, measurable ways.»

Founded in 1883, Florida Southern College is the oldest private college in the state. The College maintains its commitment to academic excellence through 70+ undergraduate programs and distinctive graduate programs in business administration, education, nursing, and physical therapy. Florida Southern has a 14:1 student-to-faculty ratio, is an award-winning national leader in engaged learning, and boasts 30 NCAA Division II National Championships. Florida Southern is ranked at #8 among the «Best Regional Universities in the South» by U.S. News & World Report in its 2022 «Best Colleges» guide and is included in The Princeton Review’s 2022 Best 387 Colleges guide and the «Fiske Guide to Colleges 2022.» The 2021-2022 Colleges of Distinction guidebook praises Florida Southern’s AACSB accredited Barney Barnett School of Business and Free Enterprise alongside the College’s School of Education and its Ann Blanton Edwards School of Nursing and Health Sciences. Poets&Quants, U.S. News & World Report, and The Princeton Review further laud the Barney Barnett School of Business and Free Enterprise and the Ann Blanton Edwards School of Nursing and Health Sciences as foremost programs in the nation for business and nursing education. Home to the world’s largest single-site collection of Frank Lloyd Wright architecture, FSC has appeared on The Princeton Review’s top 20 «Most Beautiful Campus» national listing for 12 consecutive years. Connect with Florida Southern College.