GROVE, Okla., Oct. 20, 2021 /PRNewswire/ — After weigh-in on Day 2 of the 2021 Basspro.com Bassmaster Open at Lewis Smith Lake earlier this month, Jacob Powroznik felt good about his chances at maintaining his spot in the Top 3 of the Falcon Rods Bassmaster Opens Angler of the Year standings. 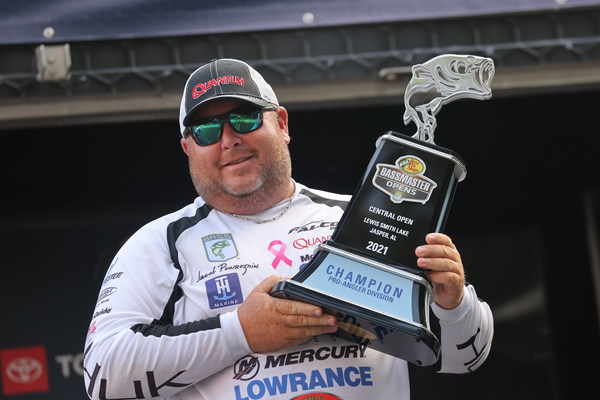 Entering the tournament with the lead in the overall points, Powroznik posted two bags over 11 pounds on a stingy Smith Lake to secure his third Top 10 of the season. The North Prince George, Va., native then went out on Day 3 and caught 14-5 to win the event, earning a berth to the 2022 Academy Sports + Outdoors Bassmaster Classic presented by Huk and putting himself in a great position to secure a spot in the 2022 Elite field.

While Powroznik holds a 70-point lead in the AOY standings over second-place Tommy Williams heading into the final event of the season this week, the 2021 Basspro.com Bassmaster Open at Grand Lake in Grove, Okla., he has not mathematically secured his spot and there is still plenty left to decide in the overall and Central Opens point standings.

These seven anglers are mathematically still in contention for the three Elite Series berths offered in the overall standings. Powroznik and Aoki have won events this season, Powroznik at Smith and Aoki at Douglas Lake in the second Southern Open of the season. Meanwhile, Williams hasn’t posted a finish worse than 86th this season and has posted six Top 50s in eight events. His best finish of the season was at the James River, where he finished 7th.

Only 18 points separate Aoki from fellow Japanese angler Matsushita, who has finished in the Top 60 in seven of the eight Opens in 2021 but stumbled at the St. Lawrence River with a 138th-place finish. Meanwhile, George and Garrett have both made one championship cut throughout the season, George with a third-place finish at Oneida Lake and Garrett with a third-place at Pickwick Lake.

The two young anglers will need strong finishes at Grand to climb into the Top 3 and will likely need one or two of the anglers in front of them to stumble as well.

While Pangrac has the highest hill to climb in the overall standings, the Oklahoma native and Bass Talk Live cohost has spent countless hours on Grand Lake and that history could prove invaluable in a fall transition type of tournament.

In the Central Opens standings, there are 20 anglers separated by 50 points or less, and with an unpredictable fall bite, there could be a lot of moving and shaking at Grand Lake. After two events, Joseph Webster leads the points standings with 381 points with a fifth-place finish at Pickwick and a 16th-place finish at Smith. Jay Przekurat and Brandon Lester are tied for second with 378 points.

As an Elite Series veteran, Lester has already secured his spot in the 2022 field. If he finishes in the Top 3 in the Central Opens standings, his spot would roll down to the fourth-place finisher, which is currently Aoki with 376 points. If Aoki were to double-qualify for the Elites, he would earn his Elite spot through his placement in the overall standings, and his qualification spot in the Central Opens standings would roll down to the next angler.

Jesse Wiggins, a former Elite Series angler, is currently sitting in fifth place in the Central standings and within striking distance of requalifying for the top circuit; however, Wiggins has opted not to compete this week.

Former Bethel University angler and Bassmaster Classic qualifier Cody Huff sits behind Wiggins in sixth-place with 372 points followed by Powroznik in seventh with 370, Lake Pickwick Central Open winner Joey Nania in eighth with 364, Garrett in ninth with 357 and University of Montevallo angler Wesley Gore in 10th with 351.

The final day’s action will be available on Bassmaster Opens LIVE presented by Bassmaster Fishing 2022, the Official Video Game, starting at 7 a.m. CT on FS1, Bassmaster.com and the FOX Sports digital platforms.

The City of Grove is hosting the tournament.

About B.A.S.S.
B.A.S.S., which encompasses the Bassmaster tournament leagues, events and media platforms, is the worldwide authority on bass fishing and keeper of the culture of the sport, providing cutting edge content on bass fishing whenever, wherever and however bass fishing fans want to use it. Headquartered in Birmingham, Ala., the 515,000-member organization’s fully integrated media platforms include the industry’s leading magazines (Bassmaster and B.A.S.S. Times), website (Bassmaster.com), TV show, radio show, social media programs and events. For more than 50 years, B.A.S.S. has been dedicated to access, conservation and youth fishing. 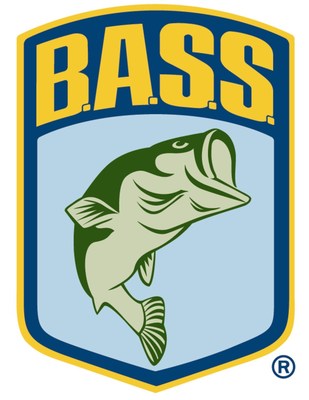