CHICAGO, Nov. 8, 2021 /PRNewswire/ — Special Olympics Chicago/Special Children’s Charities (SOC/SCC) athlete Tommy Shimoda has once again made history by being the first athlete with intellectual disabilities to become a recipient of the Order of Lincoln, the State of Illinois’ highest honor. Bestowed by the Lincoln Academy of Illinois, the Order of Lincoln is awarded to residents whose work uplifts communities within the State. Shimoda was honored at the 57th Convocation at the Chicago History Museum on November 6. 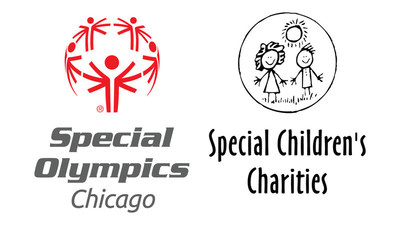 Shimoda, 29, is one of the most accomplished athletes of the SOC program. He joins the ranks of 350 distinguished Illinois residents who have joined the Order of Lincoln over the last five decades including members of Congress, Medal of Honor winners and Nobel and Pulitzer prize winners.

Since joining the SOC program at eight years old, Shimoda has continuously made history by breaking down barriers and stereotypes of those with intellectual and physical disabilities. A resident of the city of Chicago, Shimoda competes with the SOC Special Recreation program at Mt. Greenwood Park. Diagnosed with autism, Shimoda is non-verbal and speaks with the aid of a handheld computer.

In March 2017, Shimoda was the only athlete from the city of Chicago to qualify to compete in the Special Olympics World Games in Schladming and Graz, Austria. Shimoda won a gold and bronze medal for speed skating.

In July of 2017, Shimoda was awarded an honorary Excellence in Sports Performance Yearly Award (ESPY), which is presented to individual and team athletic achievements. Shimoda was the only Special Olympics athlete from the State to be presented this honor.

In October of the same year, Shimoda became the first athlete of the program to be inducted into the Chicagoland Sports Hall of Fame, joining the ranks of other athletes such as Jonathan Toews and Walter Payton.

In his free time, Shimoda gives back to his community by volunteering with city park maintenance, and various youth sports programs. He also has his own small business mowing lawns.

«Tommy is not only hard-working, a team player and beloved by his coaches and teammates, but active in his community and gives back to others by volunteering his time at local park and sport programs,» said Carolyn Daley, president of SOC/SCC. «We could not be prouder of Tommy and all he has accomplished in his athletic career He is truly an amazing person and makes everyone who comes in contact with him see him for his abilities and not his disabilities. For Tommy to be a recipient of the Order of Lincoln is another historic moment for people with intellectual disabilities, and reinforces our mission of inclusion and acceptance for all.» 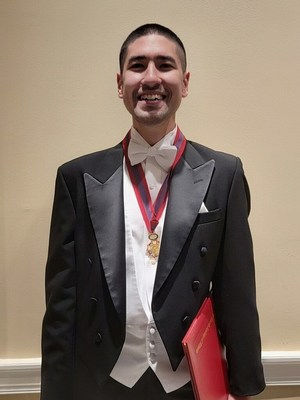