YINCHUAN, China, Nov. 8, 2021 /PRNewswire/ — According to the official statistics released by Yinchuan Municipal Bureau of Commerce in October, 2021, the total retail sales of consumption goods in Yinchuan reached 58.652 billion yuan (9.08 billion USD) during the first three quarters of 2021, accounting for nearly 58% of the total amount of the whole region. 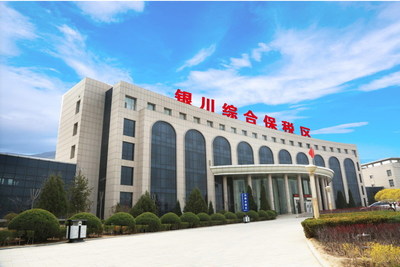 The total volume of import and export reached 6.704 billion yuan ($1.35647 billion), accounting for 55.94% of the total volume of the whole region. 16 foreign-invested enterprises were newly established, and the foreign capital which are fully utilized reached 112.93 million US dollars. The FDI was 8.63 million US dollars and the cross-border e-commerce realized a transaction volume worth of 647 million yuan ($100.16 million ).

In 2020, an unexpected epidemic disrupted the rhythm of cities in China. A series of commercial sectors such as catering industry, entertainment industry and trade sector were hit hardly by the unprecedented losses and then the stagnation of commercial activities which lasted for months emerged.

«The mature and efficient governance are characterized by those government officials who are good at exploring opportunities even faced with crisis.» The commercial enterprises and people in Yinchuan involved in this crisis overcame hardships and survived from the global pandemic. The business activities in Yinchuan restart to thrive with the bustling and hustling streets being crowded with people again. This quotation mentioned above is an epitome of the fruitful results and experiences the city of Yinchuan had gained during the past year.

With the backdrop of COVID-19 global epidemic and the robust recovery of Yinchuan’s economy, how did Yinchuan Municipal Bureau of Commerce which is responsible for the city’s commercial development stimulate the economic growth of Ningxia?

An government official from Yinchuan Municipal Bureau of Commerce who is responsible for retailing business is quoted as saying, «During the epidemic period, we coordinated and realized the normal operation of 3 large wholesale markets related to agricultural products, 218 major chain supermarkets and vegetable direct-sale stores in community. Furthermore, we set a ‘green passage’ for transportation vehicles, and effectively ensured the transportation and distribution of epidemic protection materials, daily necessities and other materials.»

At the same time, the city of Yinchuan focused on building the demonstration areas of night economy and attached great importance to cultivating commercial blocks with local characteristics. Yinchuan pushed forward the upgrade and renovation of traditional business circle and speeded up the development of first store economy, such as Yinchuan Metropolis Plaza, Huaiyuan night market and Fenglinwan Town.

Forty well-known enterprises participated in more than 10 exhibitions and conferences, inculding the 2020 Ningxia Brand Festival and the 28th Guangzhou Expo. The local government assisted the 10 enterprises headquatered in Yinchuan in the field of wine production, fruit and vegetable production to set up export booth and channels in more than 20 cities including Beijing.

According to the information released on the official website of Yinchuan Municipal Bureau of Commerce, five major functional zones have already been built in Yinchuan Free Trade Zone. A cross-border e-commerce public supervision center has been established in Yinchuan Highway and Railway Logistics Park. The Cross-Border E-Commerce Industrial Park covering an area of 32,000 square meters has been set, with 169 cross-border e-commerce enterprises signing up to set their branches in this park. In Yuehai Bay Central Business District (The CBD of Yinchuan), with 22 enterprises set their branches there. Zhongguancun Innovation and Entrepreneurship Center has set up cross-border e-commerce business in the United States, Europe, Japan and other developed regions with the help of its own brand matrix of e-commerce and intelligence big data engine. The Cross-Border E-Commerce Research Institute and Yinchuan FTZ E-Commerce College has been established in Yinchuan as training base to inject new impetus to the economic development of Yinchuan.

These measures and policies adopted by the local government not only revitalize the city of Yinchuan, but also facilitate the economic recovery.

The directer of Yinchuan Municipal Bureau of Commerce, Mr. Liu is quoted as saying, «The year of 2021 is the first year of the 14th five-year-plan, the 100th anniversary of the founding of the Communist Party of China and the first year of the new journey of building a modern socialist country in an all-round way. Yinchuan Municipal Bureau of Commerce will unswervingly uphold the development philosophy of making Yinchuan the center city for consumption in this region. It will implement the national policy of «internal and external double-circulation», further tapping the potential of economic growth. It will smooth the internal circulation of economic growth through promoting consumption and inject impetus to external circulation by further opening up.»